Deeanne Gist shares the inspiration behind It Happened at the Fair 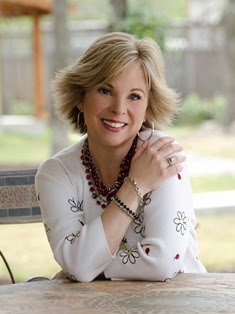 An interview with
Deeanne Gist,
Author of
It Happened at the Fair

Q: What was your inspiration behind wanting to write about the Chicago World’s Fair?

I’m always drawn to events in our country’s past that are strangely absent from our history classes. Why the 1893 World’s Columbian Exposition has been left out, I don’t know, especially since it was such a pivotal event for us. It set the standard for architecture in the upcoming century; it introduced foreign cultures to our amazed population. It wowed the world with our scientific innovations, and it gave women their first official, recognized board position and approved by an Act of Congress (all before we had the right to vote). But it was technology that claimed the day as it nipped at the heels of horses, buggies and man-powered tools. Between that and the evocative backdrop that lent itself to so many possibilities, how could I resist?

Q: What were some of your favorite details to share with readers from your research?

All of them were my favorite! So much so, I had a horrible time trying to decide what details to leave out. I read thousands of pages about the Fair, its exhibits and its programs. All of them fascinating, all of them worthy of being included. Some that I found particularly interesting were among the applications submitted for exhibit space.

One hopeful wanted to make a suite of apartments beneath the waters of Lake Michigan. Someone from England wanted to be placed on exhibition as the Messiah. A father of an “infant prodigy” wanted his baby to introduce the leading orator at the dedication ceremonies. And a vendor of cosmetics wanted to “varnish” half of a “wrinkled hag’s” face with his products and at the end of the Fair reveal her features (on that half) to be “sleek and smooth.” 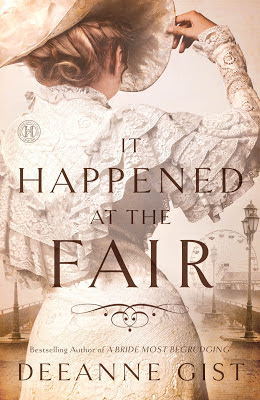 Q: Your main character, Cullen, struggles with his hearing, especially amidst the noise in the Machinery Building. How were you able to incorporate his inability to hear into the dialogue?

When I write, I try to get deep into my character’s “head” so the reader will experience what the protagonist is experiencing. I removed parts of the words in the dialogue between Cullen and the other characters. Therefore, if Cullen couldn’t hear a word and had to figure it out by context, then by default, so did the reader.

Hopefully, I was effective in demonstrating the kind of context clues Cullen would have had to decipher. It was difficult to find just the right balance. I needed to show his struggle with hearing—and it needed to escalate—yet I didn’t want to irritate the reader, especially the fast readers who were bound to get tripped up by the abbreviated words. Trying to find that line was definitely a challenge.

Q: At the end of the last century, there was quite a bit of disagreement about sign language versus lip reading for the deaf. What do you think about the views of the oralists and manualists from that time period?

I was amazed at how the entire debate was symbolic of a much deeper struggle going on in America. Keep in mind that only 28 years had passed since the end of the Civil War, and every generation was still feeling its after-effects. Because of that, divisions within the nation were not only suppressed, they were considered to be downright dangerous.

Before the Civil War, the motivation for teaching sign language was to tell the deaf about Christ. At that time, society was extremely concerned about a person’s soul and inner being. After the Civil War, the motivation for teaching lip-reading was to make everyone more inclusive, less different. Ever since, our society has become more and more focused on outside appearances and less concerned about the inner essence of an individual.

Explains a lot about today’s culture, doesn’t it?

Q: Della seemed to be ahead of the curve when it came to women’s rights. Did you intentionally write her character as more feminist?

There were a lot of feminists at the World’s Fair in general and in the Woman’s Building in particular. In May, women held a “World’s Congress” at the Fair. It marked the second greatest international convention of women. (The first had been in Liverpool ten years prior.) Susan B. Anthony, Lucy Stone and Clara Barton were among the speakers. The newspaper reported, “The hall of Washington was a sea of bonnets, with here and there a scared-looking man peering between them.”

It ended up being a standing-room-only event. The convention hall became so crowded they had to bar and bolt the entrances. When one of the speakers, Mrs. J. Ellen Foster, was caught outside and not permitted entrance, she crawled through a cellar window, walked rafters by the pale glimmer of distant electric lights and climbed a ladder up to the main floor.

So with that in mind, I felt I needed to have Della in-the-know as far as the feminist movement went. So that’s why she might have appeared “ahead of the curve.”

Q: Do you prefer writing historical novels over modern-day? What is your favorite time period?

I much prefer historicals to contemporaries. Things were simpler, more charming, and the dresses were downright yummy. I also find it intriguing that the things they struggled with are so relevant to what we still struggle with today.

So long as it happened in America, I enjoy writing about it. I’ve written in every time period from 1644 to 1903. I do seem to have an affinity for the turn-of-the-century, though. But then, I like the mid-1800s, too. The 1600s were pretty tough to research. There’s not a lot of records from Pocahontas’s day, so I don’t know if I’ll want to tackle that time period again. 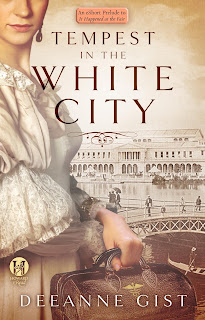 Q: What is your favorite thing about writing in the romance genre?

That initial spark of attraction between a man and woman, and the push-and-pull of emotions during the courtship are my favorite. That’s such a fun time. I love to recollect those times in my own life when my man was courting me 30 years ago.

Q: In addition to It Happened at the Fair, you also wrote an e-short that took place at the expo. Tell us more!

I wrote a fun short story about another romance brewing at the World’s Fair. You can download Tempest in the White City for 99 cents from your favorite online bookstore.

Readers can connect with Deeanne Gist on her website IWantHerBook.com, as well as on Facebook (@DeesFriends) and Twitter (@DeeanneGist).
1893 World's Fair Chicago Deeanne Gist Howard Books It Happened at the Fair World Columbian Exposition