This is what happens when people play nice

April 18, 2014
Since today is Good Friday, and I didn't have to work, I took Dad looking at cars with me. I really wanted to see the color of the Hyundai Santa Fe that I was interested in, though still not absolutely convinced to commit to it. I didn't like the blue. It was no where near what the other dealership told me it would be.

The car salesman there gave me the heebie jeebies, and he started the song and dance I hated. I am not sure if it was his spray tan, the food crumbs on his shirt (he had been eating almonds when we drove up) or what, but something didn't set right. Dad probably thought I was near certifiably insane. The guy went from "no where possible" to "we can get it where you want it" in about 4 minutes after supposedly talking to his manager.

I would not give him my info when he asked. I know they have to track that they actually talk to people, but I told him I didn't want him calling me later, so he couldn't have my name.

We were going to give him a chance, but I told Dad I wanted him to see an actual Jeep Grand Cherokee that I was interested in. We went to the closest dealership (Dallas Dodge), and I found "Honey" (I had to nickname it on my phone app - the name is due to the color). 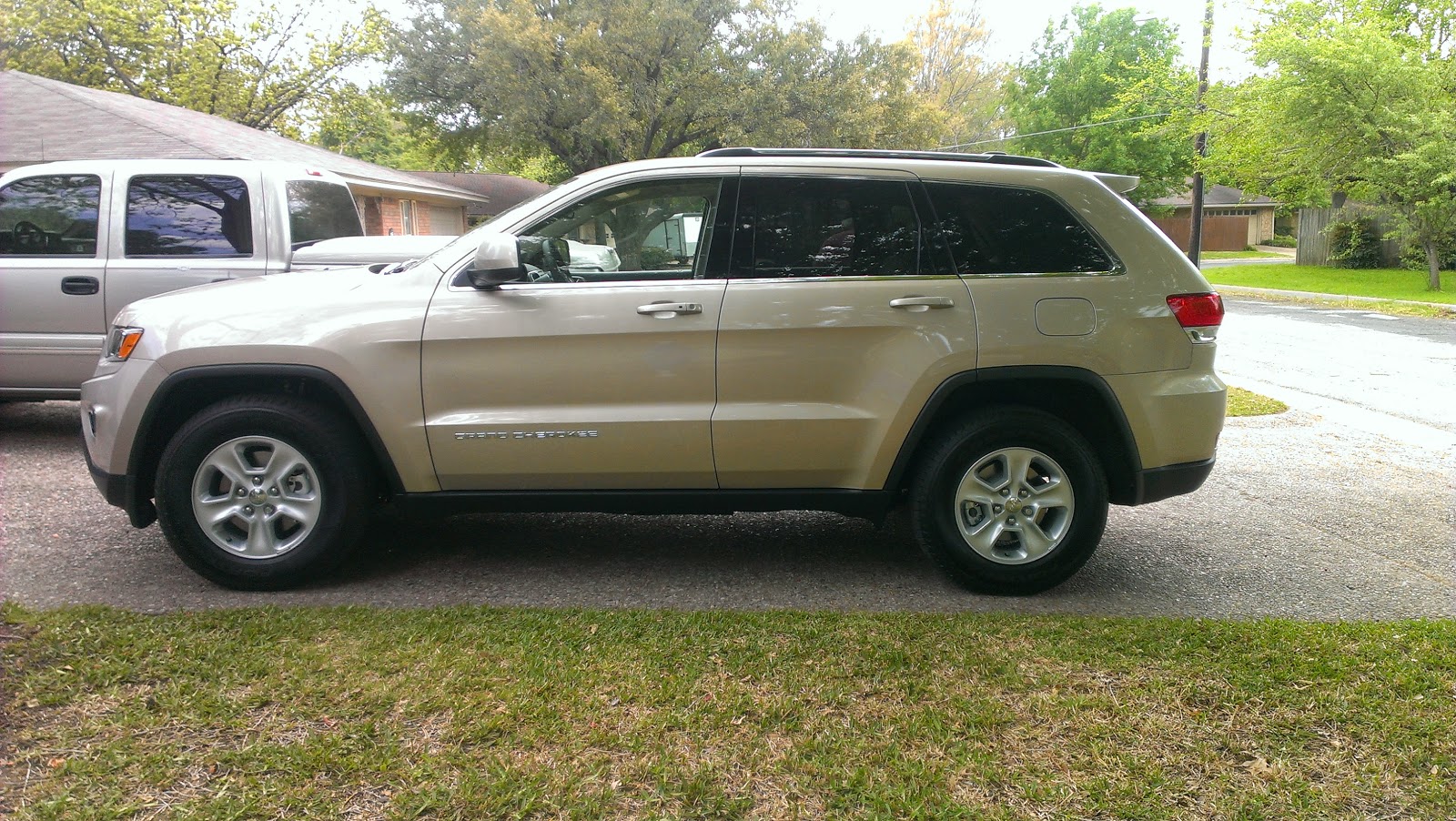 I finally found a non-pushy salesman, Dad and I felt much more comfortable in the dealership, and I finally found a color inside (tan instead of black like all the others) and out (officially it is Cashmere) that I liked without wondering what anything else looked like. I finally came to terms with what numbers were going to be without being told what a "great deal" it was. Negotiation was smooth.

I didn't have to talk to a sales manager (aka big dog aka big bully), and we liked everyone we worked with, including the finance guy. My young salesman thought I brought my dad to help intimidate, which I didn't, and was pleasantly surprised when he found out that wasn't true. He said we were the most laid back people ever (anyone that knows my dad or I either one doesn't use that word to describe us).

This was the only car on the lot I looked at there. Dad said he could just tell this was it and that he probably messed me up by looking at a Santa Fe since the Jeep was what I wanted to begin with.

Now, I just have to call off everyone else pursuing me when they call or email.
Dallas Dodge Good Friday Jeep Grand Cherokee