How can it possibly be time for them to start stocking all of this yet?

Of course, it will be half price by Halloween, or somewhere around there.

This year in order to continue my annual father/daughter Opening Day tradition of watching the Texas Rangers, I bought a 10 game mini plan that came with opening day tickets. Technically, I am considered a Season Ticket Holder.

I picked a terrific year to buy season tickets, didn't I? My friend that went in 50/50 is thinking the same thing.

In case you didn't know, even the Houston Astros have a better record than the flailing Texas Rangers who have only one 3 of their last 22+ games. I've lost track they are so bad. 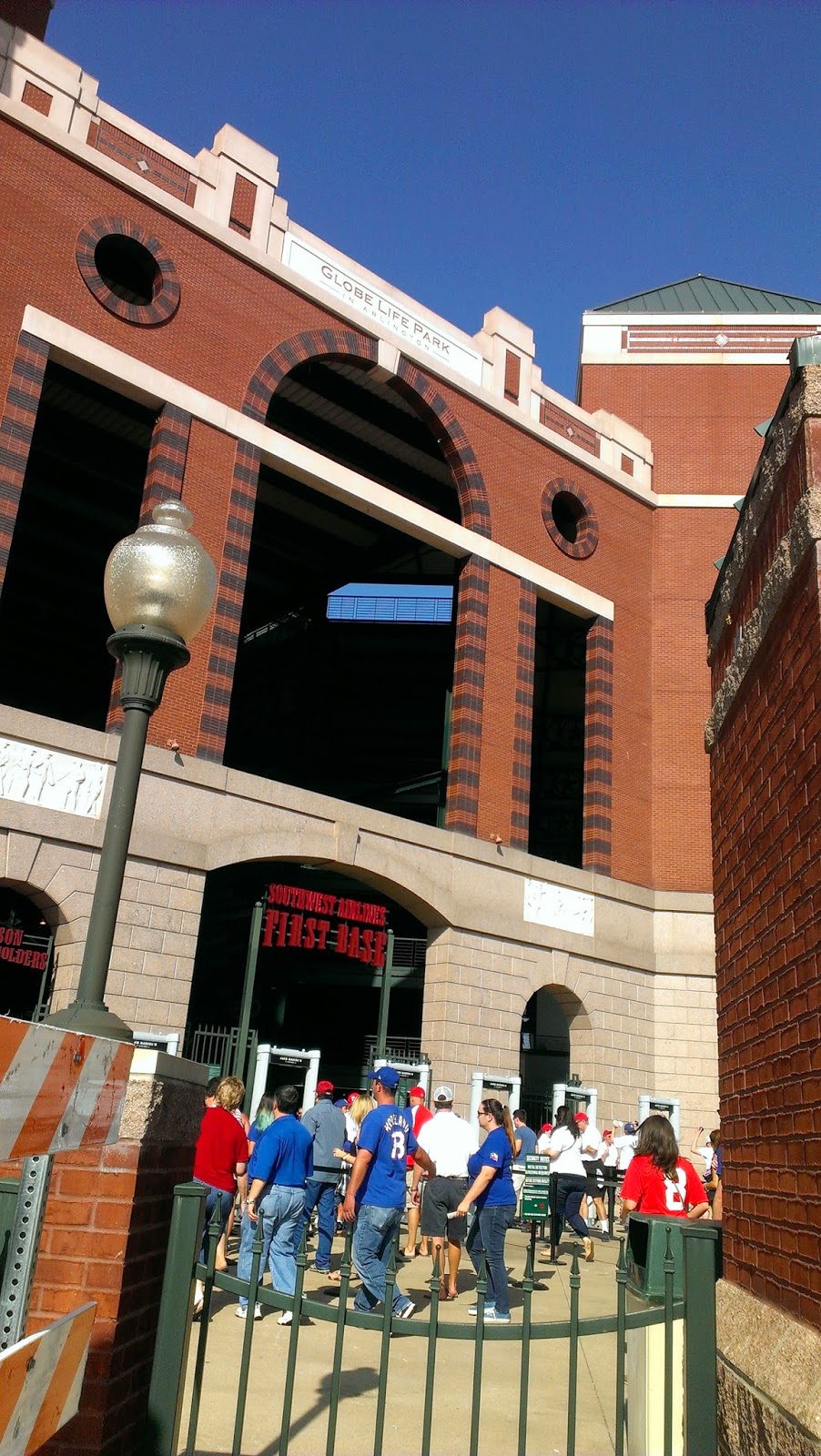 However, with my ticket split, I still had one pair of tickets left for the season. Things are so bad that even Paige and Peyton didn't want to go with me to watch the Rangers lose tonight.

Thankfully, Rakia was willing to take one for the team.

Thankfully, the tickets were in the shade with a breeze thanks to being 3 rows from the top, so it wasn't so bad. Plus, we got to boo Josh Hamilton.

OH! And we got the last two bobble heads at our gate so that I could give one to Peyton. In May, we missed getting one, and her friend fueled the "I wanted a bobble head" fire.

I blame Ian Kinsler for his curse upon us at the beginning of the season when in angst from being traded said he hoped the Rangers went 0-162. It feels about like it. I hope it's just a one year curse rather than being like the Cubs' "Curse of the Billy Goat" or the "Curse of the Bambino" for the Red Sox (who finally shook that one).