The Familiar Face of Sex Trafficking

August 16, 2018
Author Rachel Linden worked with a faith-based organization in Europe for seven years, focusing significantly on women who experienced trauma and exploitation, so human trafficking an issue close to her heart and one she addresses in her new book, Becoming the Talbot Sisters. She hopes through her story she’s able to help create a greater awareness of the problem at large. She will even be donating a portion of the sales to help exploited women.

The Familiar Face of Sex Trafficking
by Rachel Linden

We sat across the table from one another in the capital city of a former Soviet country in Eastern Europe, cups of homemade cherry juice on the wooden table in front of us. A victim of human trafficking and a missionary. Two women in our twenties. She was a pastor’s daughter. So was I. We had a lot in common.

I shared about being sexually abused as a child by a friend’s older brother. She had been trafficked by a man who pretended to be her boyfriend. She felt such shame, she confided to me, as she looked with wonder at the photos of my husband and baby son, daring to hope that one day she would have such a life. It can happen, I assured her. God can restore all things.

She was taking her traffickers to court, the safe house caregiver told me as I prepared to depart. A gutsy, courageous move. This tiny, brunette wisp of a girl with huge, sad eyes was bravely standing up to the men who had exploited her. She was seeking justice.

Her name is Miriam, and for me, she is the face of global sex trafficking. 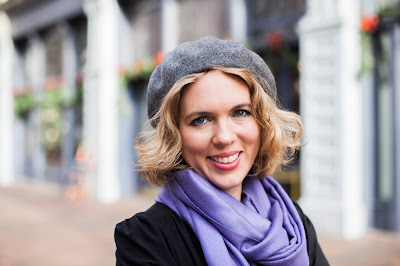 It is easy to become overwhelmed by the enormity of this issue. Almost 30 million women and girls are modern day slaves according to the 2017 Global Estimates of Modern Slavery. That is more than the population of the state of Texas or the entire country of Australia. Many of these women and girls experience sexual exploitation and trauma. Ninety-nine percent of sex trafficking victims are female.

The thought of millions of women and girls enduring sexual exploitation can feel crippling in its horror and scope. How in the world can anything change? How in the world can we as Christians hope to make a difference when faced with such a massive, intricate global problem?

The answer lies not in the vastness of the problem but in the immediacy of the solution. As the director of a safe house for trafficked women in Moldova once told me, “We are not about causes. We are about people.”

Jesus was not about causes either. He was about people – the oppressed, the marginalized, the exploited, those in deepest need. He met them on an individual level, person to person, and brought the promise of hope and healing and redemption to those he interacted with.

Sex trafficking can sometimes feel sensationalized. The graphic details of rape, torture and enslavement of women who have been trafficked and exploited are frequent news items around the globe. And movies like Taken starring Liam Neeson can sensationalize it even more, making the reality of sex trafficking into an action movie with glamor, suspense, and a tidy resolution after ninety minutes.

We must remember that sex trafficking is not an action movie nor is it a faceless, abstract issue too huge to comprehend. Every victim of sex trafficking is a woman or child with a story, a family background, a name. Many have suffered early abuse in childhood and then been exploited because of economic need or through promise of relationship and love. Every woman and child who has been sexually exploited deserves to be treated with dignity and to have justice, to be treated not just as a victim but as an individual with intrinsic value.

How can you help this to happen? There are many ways. Volunteer with or contribute financially to organizations that seek to prevent sexual exploitation or provide after care for women who have been exploited. Seek training in your church or community to better understand how sexual exploitation happens and how you can be a part of the solution. Support organizations that provide legal services for trafficked women or who are working to change laws to empower victims. Use your vote to support politicians who have an interest in ending sex trafficking and helping bring about justice for the exploited.

Recently Congress passed the FOSTA-SESTA bill, a good step toward ensuring justice for sex trafficking victims who were exploited online in the US. We can work together to end sex trafficking. One law, one step, one person at a time.

As Christians there is one further thing we must remember, the most important thing of all. Talking over coffee one day with a leader of an international Christian anti-trafficking network, I asked how he coped when faced with such trauma every day. His reply floored me.

“I identify with these women,” he replied.

Intrigued, I asked him how. He was a privileged, educated American male. In what way could he identify with these exploited women?

I’ve never forgotten his astonishing words and the way they changed how I view people who have been trafficked and exploited. As we engage with the enormous horrors of global sex trafficking, as we consider what our course of action should be, we must do so in the light of this truth: We are all slaves, set free by the grace of Jesus. 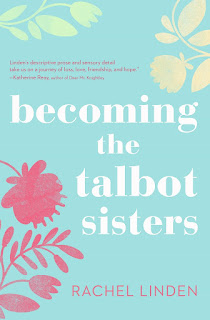 Rachel Linden is a novelist and international aid worker whose adventures living and traveling in fifty countries around the world provide excellent grist for her stories. She holds an MA in Intercultural Studies from Wheaton College and a BA in Literature from Huntington University. Linden also studied creative writing at Oxford University during college.

Currently, Rachel lives in beautiful Seattle, WA with her husband and two young children. She enjoys creating stories about hope and courage with a hint of romance and a touch of whimsy. Her first book, Ascension of Larks, released in 2017. Becoming the Talbot Sisters (Thomas Nelson) is her second release.