Story makes the world go ‘round 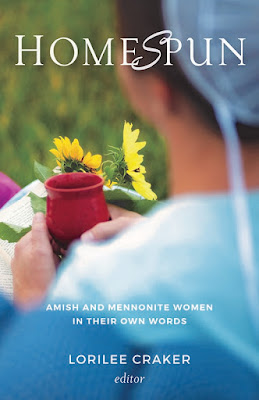 Behind Amish romance novels, tourist spots and “reality” TV shows stand real people, with longings and loves just like the rest of us. Every Amish and Mennonite woman has a story. What would it be like to be welcomed into their homes and share those stories over a cup of coffee?

In the pages of Homespun: Amish and Mennonite Women in Their Own Words (Herald Press/ August 7, 2018/ISBN: 978-1-5138-0316-6/$15.99), Amish and Plain Mennonite women swap stories and spin yarns while the reader sits in. The book’s editor, Lorilee Craker, bestselling author of Money Secrets of the Amish, collected these personal writings and authentic perspectives on life, hospitality, home, grief, joy, and walks with God from Anabaptist women’s periodicals. Among the stories shared are essays penned by well-loved Amish and Mennonite writers such as Sherry Gore, Linda Byler, Lovina Eicher, Dorcas Smucker, and Sheila Petre.

Craker, who describes herself as a simple Mennonite girl from the prairies, grew up in Manitoba where the Mennonite community was large. Her mother’s family came from Ukraine in the 1870’s and were pioneers who homesteaded on the prairies. Her father’s family arrived in Canada after World War II when they fled Stalin and his holocaust. She knew from early on there were lots of different kinds of Mennonite stories, but she never realized there was anything “different” about the way she grew up until she arrived in Chicago for college. “Everyone seemed to think that being Amish or Old Order Mennonite and being my kind of Mennonite were one and the same. This assumption led to lots of explanations on my part about the difference between my modern Mennonite upbringing (‘like Baptist, with a German accent and special foods’) and those other related subcultures.”

Explaining the differences would eventually lead to Craker to writing her first book on the Amish where she learned for all the differences, there were many more similarities than she expected there to be. While visiting the Amish, she found a peace and gentleness that reminded her of home. As she compiled the stories for Homespun, those same feelings and many more came to the surface. “These narratives stirred different emotions in me. My heart ached for Ervina Yoder as she described what it was like for her to be the mother of a longed-for but stillborn baby. I was inspired and encouraged by Danielle Beiler’s trust in God as her provider, and I giggled at Mary Yoder’s secondhand testimony of an Amish man whose pants were just too stretchy. Other essays enthused my soul, and I came away feeling as if I had just been to church. My cup had been filled.”

As Craker searched for stories to include, several themes revealed themselves. She organized the book into sections delving into the themes and introduces each section with some of the lessons she took away from the women who wrote the stories.

Welcome. A deep sense of hospitality is fundamental to these women. Yet it’s not hospitality in the HGTV, your-house-needs-to-be-perfect kind of way.

Abide. They want to abide in an abode, if you will, that nurtures them and feeds their spirit. The writers here expound beautifully on what home means to them.

Testimony. Story makes the world go ’round. When we hear the stories—the testimonies—of others, we are better able to understand our own story and our place in the world.

Wonder. The blazing faith of early Anabaptists is evident in the openness of these writers to all things wondrous. These are true stories of miracles, phenomenal happenings that don’t make sense from a human perspective.

Kindred. A core value of both Mennonites and Amish is the preeminence of family—kinfolk, whether they be kindred or not. Our kin shape us in ways both known and unknown, good and bad.

Beloved. There is something wonderfully elemental and childlike about the devotion expressed here, devotion even in doubt. These pieces drew me closer to the One who calls all his daughters “beloved.”

Craker hopes that readers will enjoy the stories as much as she did. “You don’t have to be a simple Mennonite girl from the prairies to do so. All you need to do is open your heart and let the homespun words of these women enlarge your worldview, extend your heart, and increase your friendship with the Creator of all good and gut things.” 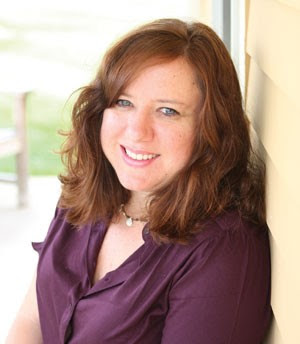 Lorilee Craker is the editor of Homespun:  Amish and Mennonite Women in Their Own Words. She describes herself as a simple Mennonite girl from the prairies and didn’t know there was anything “peculiar” about being Mennonite until she moved from Winnipeg, Manitoba to Chicago, Illinois for college. It was then that she realized most people outside of Mennonite communities assumed she had come from buggy-driving, bonnet-wearing, butter-churning folk. Everyone seemed to think that being Amish or Old Order Mennonite and being her kind of Mennonite were one and the same. The experience of explaining the differences led her to writing the book, Money Secrets of the Amish (an Audie Awards finalist which she also narrated).

A freelance journalist, blogger and speaker, Craker was an entertainment writer for The Grand Rapids Press for seventeen years.  She has been featured in many media outlets including The Wall Street Journal, Time and People. She is the author of fifteen books, including Anne of Green Gables, My Daughter, and Me, My Journey to Heaven with Marv Besteman, and the New York Times bestseller Through the Story with Lynne Spears.

The proud founder of a writing day camp for middle schoolers, Craker lives in Grand Rapids, MI with her husband and their three children.

“A revealing and wide ranging resource. . . . This eclectic book will interest any reader who’s curious about the plain lifestyle."
~ Publishers Weekly

“Homespun reads like a leisurely visit with an old friend. It starts off with light, chatty topics before settling into the-deep-part-of-the-heart experiences, such as a young mom recovering from the stillborn birth of her little boy. At times charming and humorous, at other times profound and heavy, this collection of true stories will linger in your mind long after you close the book.”
~ Suzanne Woods Fisher, bestselling author of Amish Peace