The History of the Bible and How it Came to Us 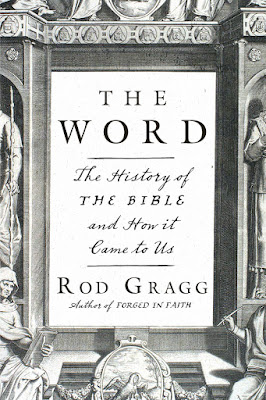 >Recent polling data reports that a copy of the Bible can be found today in 90 percent of American homes. Although much has changed in the world around us, the Bible remains the most popular book in all the world. “Throughout eons of human history, men and women have sought to live according to the Bible, and countless numbers have given their lives for it,” award-winning author and historian Rod Gragg observes. “Why has the Bible been so revered? How did it come to us? And why have billions of believers through the ages considered it to be inspired by God?” These are a few of the questions explored in his latest book, The Word: The History of The Bible and How it Came to Us (WND Books/$25.95/ISBN: 9781944229818).

The Word offers a fresh and intriguing history of the Bible, written with the same compelling narrative writing and in-depth research that has earned Gragg acclaim for his works on the Holocaust, the Civil War, the faith of America’s founders, and other historical topics. He now focuses on the history of the Bible with the practiced craft of a historian and the respect of a believer who adheres to the inspiration of Scripture.

The Word provides a sweeping panorama of biblical revelation, preservation and transmission as well as the background story of those who devoted their lives to translate and spread the Word of God.  Written in a style that is engaging and approachable for all readers, not just historians and Biblical scholars, The Word follows the history of Christianity, and unfolds its unforgettable story from ancient cuneiform to contemporary English-language translations. The Word is also enhanced by more than 75 relevant illustrations and photographs. Through study of the book, readers will:

As for contemporary attacks on the Bible and Bible-readers throughout the world, Gragg reveals such attacks are nothing new. The Word, reveals that the Bible has survived countless attacks through the ages to preserve its matchless story of the love of God.

The history of the Bible is a captivating and inspirational story that reveals how the Bible is unlike any human work. A thorough history of the Bible rather than a work of apologetics, Gragg shares compelling evidence that the Bible is the word of God. He explains, “Over the course of thousands of years (at least 3,500), sixty-six books compiled by scribes, priests, kings, poets, scholars, fishermen and others have survived through the ages. More than five-thousand partial or complete New Testament manuscripts exist today bearing the harmony of the Bible’s message. All are unified by a single theme that culminates in a single verse: ‘For God so loved the world, that He gave His only begotten Son, that whoever believes in Him shall not perish, but have eternal life.’”

Praise for The Word

“I love Rod Gragg’s historical works – the Civil War, the founding of the nation, the American Revolution, Lewis and Clark.  So well-written and so thoroughly researched – they’re great! And now he’s turned that talent to the Book of books.  The Word – The History of the Bible and How It Came to Us is both fascinating and faith-building!”
— Pat Williams, co-founder and senior vice president of the Orlando Magic, and author of How to Be Like Jesus
“Rod Gragg makes history come to life. In The Word, he profoundly uses his skills to give us an inspiring and accurate account of God’s providence in the framing and forming of His inerrant Word.”
— Harry L. Reeder III, senior pastor, Briarwood Presbyterian Church, Birmingham, Alabama

“The Word is highly readable, exacting in it scholarship, confessionally orthodox, yet is very appealing to a broad audience as a history of the single most important piece of literature that exists.”
— Dr. Michael A. Milton, founding director, C.S. Lewis Institute (Charlotte, N.C.) 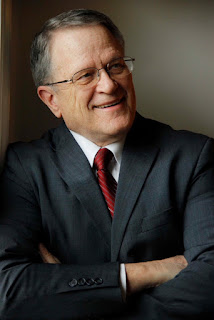 Rod Gragg is an award-winning author and historian. A former news journalist, he is the author of more than twenty books on a variety of historical topics. His work on the Battle of Gettysburg, Covered with Glory, won the James I. Robertson Award as the best Civil War history of the year. Another work, Confederate Goliath: The Battle of Fort Fisher, earned the Fletcher Pratt Award from the New York City Civil War Roundtable and was the basis of a PBS documentary, and his recent book, My Brother’s Keeper: Christians Who Risked All to Protect Jewish Targets of the Holocaust, was named as a finalist for the 2017 Christian Book Award. Gragg’s latest release is The Word: The History of The Bible and How it Came to Us.

Gragg is director of the CresCom Bank Center for Military & Veterans Studies at Coastal Carolina University, where he also serves as an adjunct professor of history. He is a popular public speaker and has appeared on numerous national broadcast programs, including CBN News, Daystar TV, “Fox and Friends” on the Fox News Channel, and “Morning Joe” on MSNBC. He and his wife live near Myrtle Beach, S.C., and are the parents of seven grown children.

To request a review copy of The Word, to schedule an interview with Rod Gragg or for more information, please contact Audra Jennings, ajenningspr@gmail.com.