A whirlwind trip thrown into the mix

December 05, 2018
In middle of everything else going on, I made a whirlwind trip to North Carolina this week. Last Tuesday during our New Growth Press weekly marketing meeting, I was asked if I could come out Monday for an editorial brainstorming meeting and the company Christmas party. 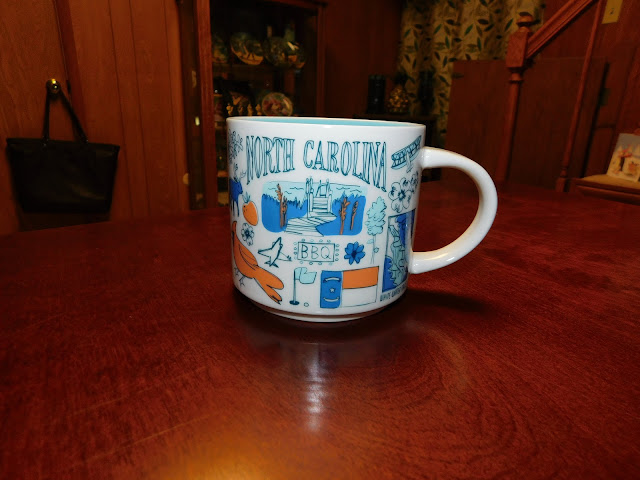 On Saturday, we had a long (but great) day and passed nearby the DFW airport exit on our way home. I got up, taught Sunday morning Bible class, had lunch, finished packing, took a nap (a Sunday necessity), and drove back up to Dallas to fly out at 8 PM. It seemed a little odd to be driving through Dallas without a trailer quite honestly.

I arrived into foggy Greensboro shortly before midnight and got a shuttle to my hotel. After a short night's sleep, I was up and out the door for a meeting, company Christmas lunch, a staff photo shoot and back out to the airport.

There at the airport I got the special pat down because the x-ray flagged my crotch as suspicious. I don't know any other way to put it. The grouchy woman doing security explained the necessary pat down, then got miffed at me when given the choice I said I wanted the private room screening. She was all put out that she had to get another security guard over so they could take me off to the side.

My trip was so short that I got the same flight crew going out that I had coming in. When I boarded, the flight attendant commented on how quick my trip was. I was one of 12 passengers he was in charge of the night before in the first class section of the American Eagle flight the night before. I'm guessing that because my tickets were booked with less than a week's notice, that seat might have been the only one left. That part was really nice. I really liked boarding first and getting off the plane first. That was the biggest perk.

I was back in Dallas by 6:30 PM on Monday. I had to buy the mug at the airport to prove I was there.

Here's a pretty sunset over I'm going to guess Tennessee. I really don't know. I don't know the flight path. It could have been Alabama. 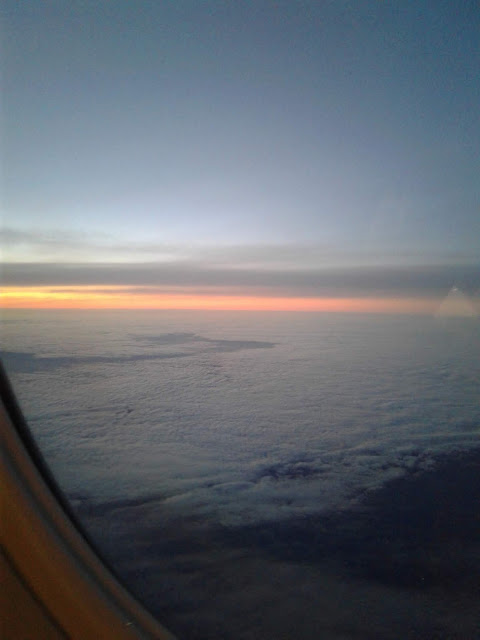 I didn't realize at the time that the picture of downtown Dallas was blurry or I would have tried again. Even if it weren't blurry, it wouldn't have done justice to how bright and pretty the lights were. We came in from the north, turned around just south of downtown and headed back up to DFW. 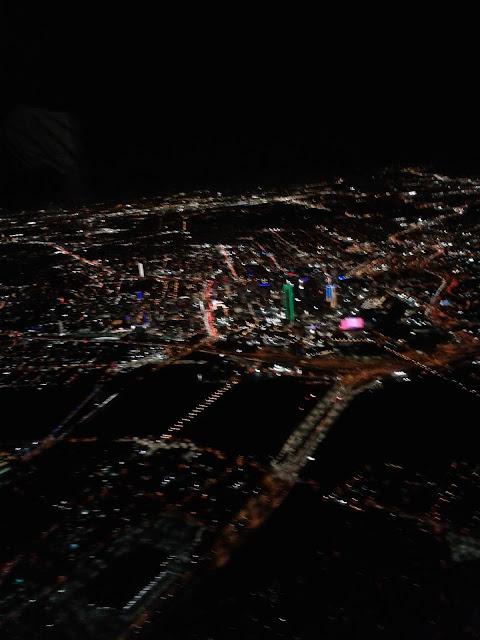