December 07, 2018
When you're doing craft shows every weekend, you hope to find something to buy someone else for Christmas. With the exception of something small for my nieces and sister-in-law, all the purchases thus far have been for me.

This glass pineapple weighs a ton, but when I saw it, I knew I wanted it. It's filled with sand, so it's sand art in an interesting container. the succulent in the top is fake, but I didn't realize it at first even though I should have. It's sand, so there's no way to keep the water from going to the bottom and collecting. 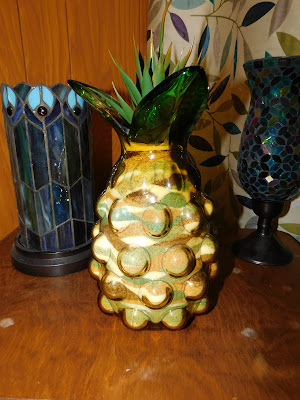 The next two items were actually wins from a silent auction at the Cy-Ridge event down in Cypress. Not enough people were bidding in the silent action, so I went for some items.

The first is a scarf. You may have seen YouTube videos or Facebook shares of how to marble a scarf. I know I've seen them, and I've done similar with marbleized paper in liquid clothes starch. If I were to make one, I'd want it to look like this, so I was able to get it for cheaper than starting it from scratch myself. 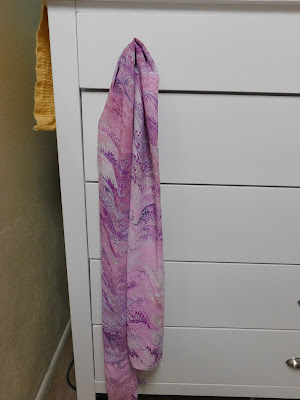 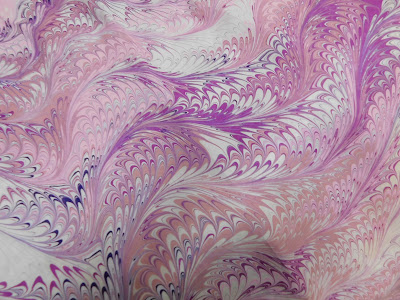 At the same silent auction, I got another insulated cup. I wanted another large one, but with it personalized. They announced the winners super late in the day, and someone drug their feet about wanting me to do a personalized Christmas ball, so I had to rush in my choices of letter style. I was like, "I want a yellow A on it. Just whatever. I know we only have 20 minutes before we're done for the day, and I have to finish this sign down here. 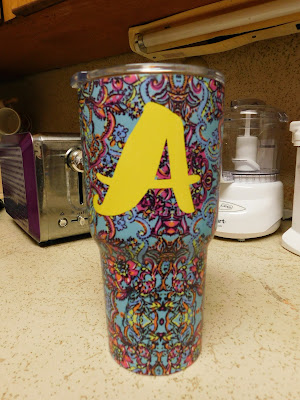 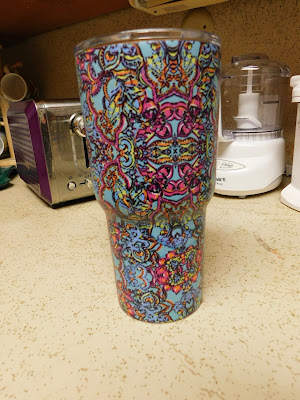 Maybe this weekend, I'll get something for someone else.