I wish I had this artistic skill

December 14, 2018
Last weekend at our last show of the year, there was one booth that was extremely popular. I saw what the booth was, a man doing illustrative drawing of names. I had seen one my mom's aunt had and didn't think much of it.

It wasn't until I went over to watch him towards the end of the day that I became mesmerized. I can do some things freehand, but not anything like this.

This is the work of Daniel Kim out of Denton, TX. He does not sell them online. He only does local pick-up. At $20 for a name framed with a mat, it was a great gift for all the shoppers in Sanger.

Yes, I had to have one. I got one for Angie too, and actual purchase for someone else for Christmas. (I gave it to her early, so if she's seeing this, it's not spoiling the surprise.

This isn't a great picture of mine: 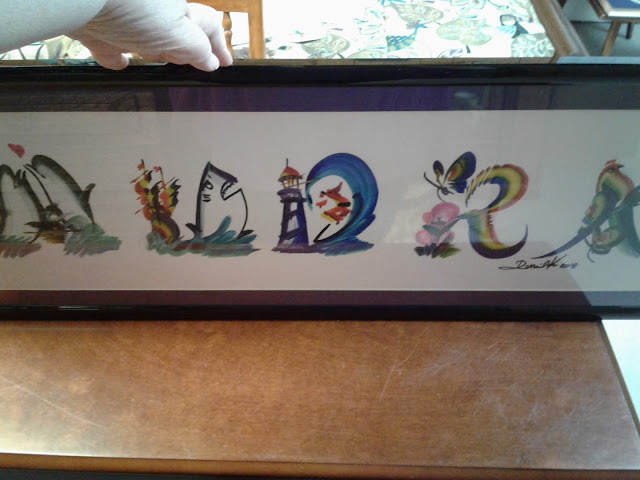 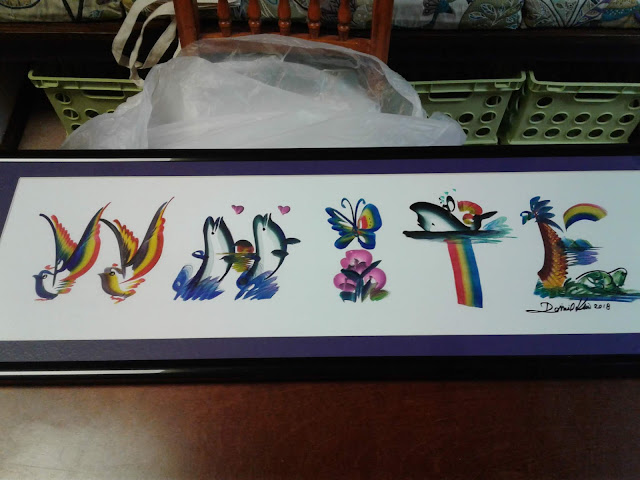 I was quite jealous that Angie's ended up with a palm tree. I wanted a palm tree because he had them in his samples and in some that I watched. However, I wanted to let him do his thing, so I didn't make any special requests.

Here are the close-ups of each letter. 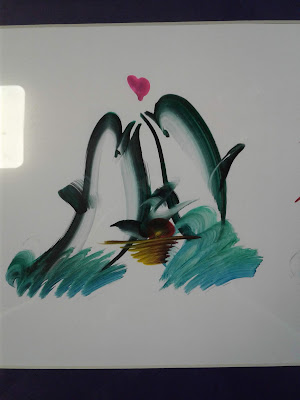 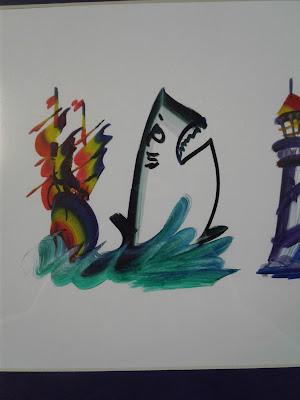 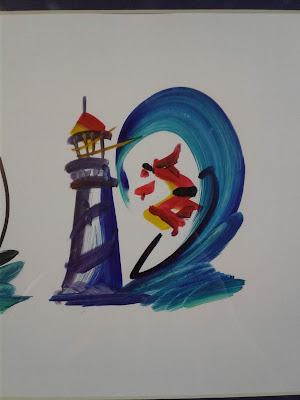 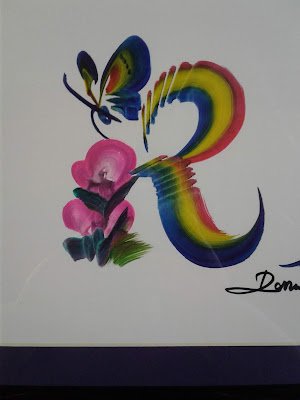 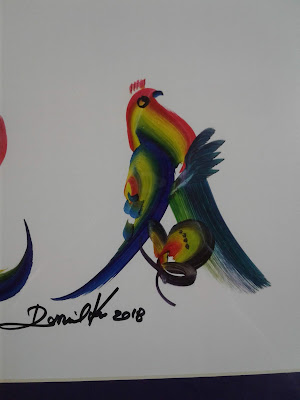