New Book Commemorates the 100th Anniversary of the Titanic 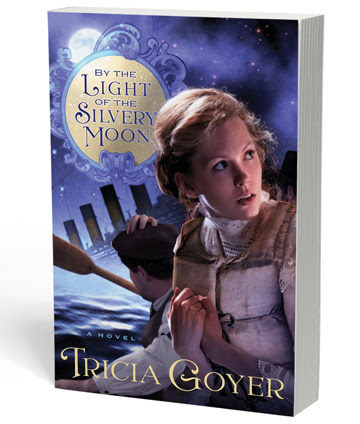 When the Titanic left Southampton on April 10, 1912, the world was fascinated with its size, the luxury, the symbol of prominence for the wealthy onboard, and the promise for the emigrants hoping for a better future in America. For the past 100 years since its sinking on April 15, 1912, the world has been consumed with how a ship deemed unsinkable sank, the artifacts at the bottom of the ocean, the stories of the people on board, and the history the ship held. In commemoration of this landmark anniversary, award-winning author Tricia Goyer has released By the Light of the Silvery Moon (Barbour Publishing/March 2012/ISBN 978-1-61626-551-9).

When the Titanic movie first came out in 1997, Goyer, like most of America, became fascinated with the tragedy. “The movie captured my attention. Yes, there was a love story, but the ship of dreams fascinated me even more. I checked out many books at the library and bought others on the Titanic. I didn't think of writing a novel about it. Still, I carried a love inside for that amazing ship and its passengers,” says Goyer.


Around that same time, Goyer had been working on the idea for a novel centering on a contemporary retelling of the prodigal son. While the idea did not go farther than the prologue at the time, she kept the idea in the back of her mind. Fifteen years later, when her publisher approached her about the possibility of writing a book to mark the anniversary of the Titanic, Goyer was excited about the opportunity and realized that it was time to merge the two ideas together in a unique, faith-filled tale of love and reconciliation.

By the Light of the Silvery Moon tells the story of Amelia Gladstone whose mind is filled with promise as she gazes at the marvelous new ship, ready for its maiden voyage. The Titanic holds the promise of a reunited family and of possible love waiting on American shores.

Down-and-out after squandering his fortune, Quentin Walpole thought his voyage to America ended on the Southampton pier. Then a sweet lady—his angel of mercy named Amelia—secured his passage with a spare ticket. Now he’s headed to America, eager for a second chance.

But once the voyage begins, the past confronts Quentin when he discovers that his wealthy railroad tycoon father and older brother Damien are also on board. As Amelia tries to bring about reconciliation between father and son, she suddenly finds herself the center of both brothers’ attention with a choice to make: Who can she trust with her heart? Will Amelia’s fate ultimately be one of love or loss?

Goyer’s extensive research from books, documentaries and visiting a museum dedicated to the ship all contribute to making By the Light of the Silvery amazingly historically accurate. With her beautiful gift of storytelling, readers are sure to feel that they have been transported back 100 years to the fateful night that changed the lives of all onboard the “Ship of Dreams.” 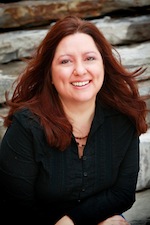 Tricia Goyer is the award winning author of thirty-two books including Beside Still Waters, Remembering You, and the mommy memoir, Blue Like Play Dough. Tricia is a regular speaker at conventions and conferences and is the host of Living Inspired. She and her family make their home in Little Rock, Arkansas where they are part of the ministry of FamilyLife.

To learn more about Tricia, visit Living Inspired and www.triciagoyer.com.
100 Anniversary Barbour Publishing By the Light of the Silvery Moon Titanic Tricia Goyer