With God, It’s Never Too Late to Be Your Best You 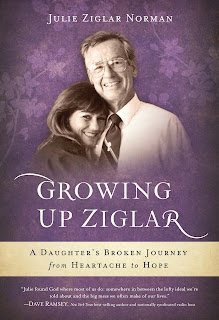 Julie Ziglar Norman encourages audiences to
put away their shame and regret and to live
the life of hope that God has planned for them.

Julie Ziglar Norman often says her dad is the king of “doing life right” and she is the poster child for “doing life wrong.” In Growing Up Ziglar: A Daughter’s Broken Journey from Heartache to Hope (Guideposts/May 1, 2012/ISBN 978-0-8249-4531-2/$14.99), Norman shares how for 25 years she lived every day with regret, shame, guilt, and depression while trying to keep up the positive outer appearance that was expected of her as the daughter of popular motivational author and speaker Zig Ziglar.

Although her father was not well known until she was in her late teens, he always emphasized being positive. “When I talk about what it was like growing up with Mr. Positive Attitude himself, I enjoy teasing about waking up to an ‘opportunity clock’ instead of an alarm clock,” says Norman. “Daddy has always been positive and looked on the bright side, and he brought lots of joy and laughter into our home.  He was and is a fun and loving father who always has a good story and lots of hugs and kisses for his children.”

While Norman is grateful that she learned how to minimize problems instead of maximize them she realizes that when the bigger, tougher issues of life began to happen t she put them behind her so quickly that she never fully processed or even acknowledged what had happened to her. Instead she just moved on and hoped for the best. As a teenager and young adult, Norman struggled with making choices that were not consistent with her father’s message. Norman was positive on the outside, but miserable on the inside.

Within the pages of Growing Up Ziglar, Norman reveals her struggles with depression, alcohol, and men. She candidly tells of her failed first marriage, unplanned pregnancies and difficult choices, and the challenges involved with her remarriage and blending families. With transparency and insight, she describes her soul-searching path from heartache to redemption, allowing readers to discover the power to let go of shame and embrace freedom, as well as the courage to live with a new depth of faith. Ultimately Norman offers the hope that God can beautifully redeem even the worst choices and equips her audience with the tools to make needed changes.

Norman explains what she hopes readers are able to take away from her story: “I want Christian women who hide the wrong they once did to know that they are in bondage still!  When we know and accept that we are forgiven there is no more shame, only gratitude, relief and the desire to help others know the truth of God’s comfort.”

“No one can tell you who you are. It doesn’t matter who your parents are or where you come from; you’re the only one who gets to decide who you’re going to be. Few people can demonstrate that better than Julie Ziglar Norman. The daughter of one of America’s most well-known and loved motivators, Julie found God where most of us do: somewhere in between the lofty ideal we’re told about and the big mess we often make of our lives.”
~ Dave Ramsey, New York Times bestselling author and nationally syndicated radio host

“Julie Ziglar Norman continues the family legacy of sharing answers for those who are searching for the truth. In Growing Up Ziglar: A Daughter’s Broken Journey from Heartache to Hope, Julie’s own search for truth will inspire and enlighten you. Her hard-earned words contain a clarity and purpose that is surely welcome in today’s world.”
~Andy Andrews, New York Times bestselling author of The Noticer and The Traveler’s Gift

“Julie has truly lived EVERY WOMAN’S story. What she shares is real life. What she reveals is real truth. What she offers is real freedom! You can NOT walk away with just one--it is a book that MUST be gifted to all of the women in your life!”
~ Kathleen D. Mailer, Founder/Editor-In-Chief of Today’s Businesswoman Magazine 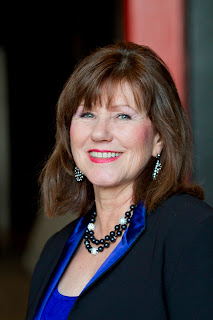 Julie Ziglar Norman is the youngest daughter of world renowned motivational and inspirational author and speaker Zig Ziglar and his beloved wife Jean “the Redhead” Ziglar.  Growing up in a house where negative feelings were expressed with positive words, as a teen she declared that she would one day write a book titled I’m Positive I’m Miserable.

After 25 years of living every day with regret, shame, guilt and depression but trying to cover it with a smile, Julie began her journey letting go of the shame and embracing freedom in Christ. She is living proof of the hope that God can beautifully redeem even your worst choices.

Having spent 20 years as her father’s personal editor and with a background in sales and business management, Julie has become a dynamic international motivational speaker herself. The founder of the Ziglar Women Faith and Family Conference, she is continuing the legacy of encouragement begun by her father over 40 years ago.  Her personal, transparent speaking style has endeared her to audiences all across America.

Julie lives in Alvord, Texas, with her husband of twenty-eight years, Jim Norman; three horses, four rescued dogs and three rescued cats. The Normans are the parents of a blended family of four children and now have 12 grandchildren.