Is it possible to completely throw off the chains of deepest regret? 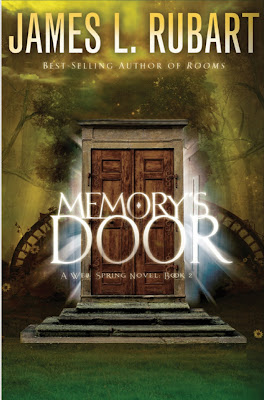 James L. Rubart takes readers deeper into the world he began with Soul’s Gate in Memory’s Door (Thomas Nelson/August 6, 2013/ISBN: 978-1-4016-8607-9/$15.99), the second book in the Well Spring series. It’s a world where the supernatural is as common today as it was in New Testament times, a world of good and evil, supernatural battles and supernatural freedom. Although Rubart’s characters are fictional, the kinds of battles they face are not.   “When we can finally admit we’re not living this life in the garden, and that instead, we’re caught in a world in the midst of an epic battle, our lives will start to make a whole lot more sense,” Rubart explains.

“We might not face as epic a battle as the Warriors in my novels face, but there is an evil in this world out to destroy us, our families and our friends. We have to face that every day and it affects us whether we want to admit it exists or not,” Rubart continues “And if we realize we have been given the power to fight against that evil well and help others battle well, our lives will change — we will hope, we will believe, we will live in more freedom than we thought possible.”

In the first book of the series, Rubart poses the question, What if you could travel inside another person’s soul to fight for their healing and freedom? In Soul’s Gate, a 2013 Christy Award winner, Reece, Brandon, Marcus and Dana are brought together by a prophecy telling of four warriors with the potential to change the world. The group gathers at a secluded ranch deep in the mountains of Colorado where they learn to see the spiritual world around them and are trained in how to step into the supernatural realm. But Warriors Riding have an enemy set on keeping them from their quest who will stop at nothing to destroy them.

Memory’s Door continues these warriors’ epic and deadly journey. An insidious enemy has infiltrated their ranks. A mysterious street performer could be an incredible ally, or one of the greatest threats against them.  Reece struggles with the loss of his sight; Brandon is being stalked by a man in the shadows. Dana’s career threatens to smother her, and Marcus questions his sanity as he slips between alternate realities trying to escape his deepest regret. And the Wolf of the prophecy is coming for them.

The countless reader letters Rubart receives confirms his greatest hope for his novels: readers’ eyes are opened to the realization that true freedom comes only from God. One of the themes of Memory’s Door is finding freedom from the immobilizing power of regret. Much is at stake for his characters, and if they don’t overcome the grip of the past, they will lose the battle. “If we’re constantly looking back, we won’t be able to see or have the strength to step into the destiny God has for us in the present and future,” Rubart says. “That’s why I think the theme of this book is critical, and will be life-changing for many, many people.”

For more information on James L. Rubart and his books, visit www.jameslrubart.com.

Praise for the Well Spring Series

“Readers with high blood pressure or heart conditions be warned: this is a seriously heart-thumping and satisfying read that goes to the edge, jumps off, and “builds wings on the way down.”
~Publishers Weekly review of Soul’s Gate

“Rubart’s novel is enthralling and superlative. Truly a story about freedom from things that we hold onto, this tale will captivate readers and encourage a more active, dynamic spiritual life. The original plot and well-drawn characters elevate this book to ‘must read’ status.”
~RT Book Reviews Top Pick with a 4.5-star review Weekly review of Soul’s Gate 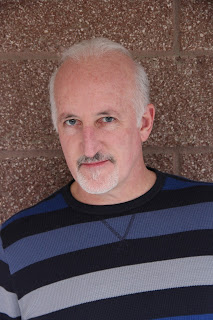 James L. Rubart uses masterful storytelling to craft novels that make a serious impact on readers. Entertaining? Absolutely. Life changing? Even more so. His skills haven’t gone unnoticed. The first book in the Well Spring series, Soul’s Gate (2012) won the Christy Award for Visionary Novel (his second nomination). His previous releases have received critical acclaim and have climbed to the top of best-seller lists. His first novel, Rooms (2010), won a Best Books 2011 award from USA Book News, as well as a RT Book Reviews Reviewers Choice Award for Inspirational Novel of the Year. Rubart has also been nominated for two INSPY Awards, the Clive Staples Award, and three Carol awards.

During the day he runs Barefoot Marketing, which helps businesses and authors make more coin of the realm. In his free time he dirt bikes, hikes, golfs, takes photos, and occasionally does sleight of hand. No, he doesn’t sleep much.

He lives with his incredible wife and teenage sons in the Pacific Northwest and still thinks he’s young enough to water ski like a madman.