On top of Old Smokey 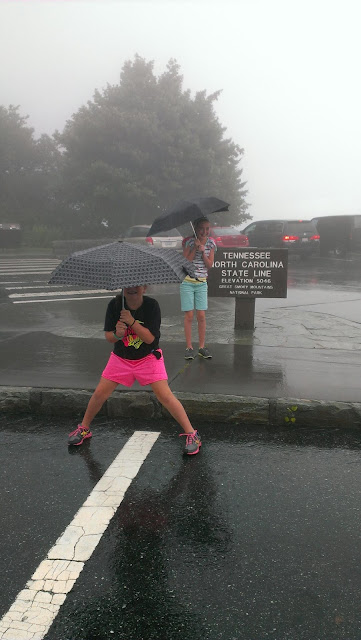 Audra woke us up at about 8:30. We got prepared for the great day ahead of us. We drove over to Gatlinburg to eat at the Pancake Pantry, an amazing breakfast to start off the day. Next would be the Ripley’s Mirror Maze which was a great time. Then the aquarium which was very large and awesome. They had penguins, sharks, sting rays, and lots more.

Walked over to Cooter’s for a second and then drove up and down and all around a mountain to get to North Carolina.

With a little nap all piled up on the way and also pretty views and an elk, then we made it to Cherokee, NC. We went into shops and bought my 6th shirt today. Had some funnel cake and then back to Gatlinburg.

We stopped at the state line and got out in the pouring rain and were in 2 states at once. Bubba Gump’s here we come!!! 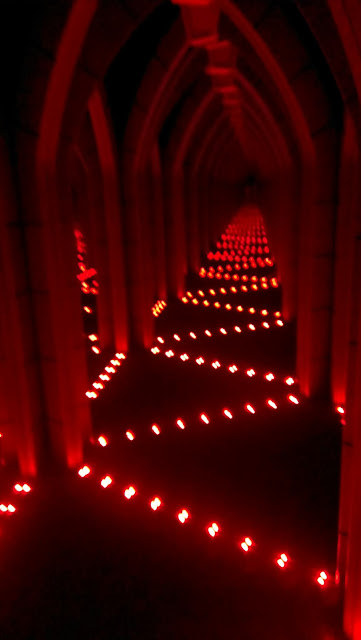 Had a great meal and then hit the Mirror Maze again. Davy Crockett Mini Golf where I took home 1st and Audra last, but at least she won the free game (with a hole in one on the rabbit hole). That would close the day in Gatlinburg.

Back to Pigeon Forge where Peyton finally got her Go-Karts. The best and fastest Go-Karts EVER!!!

Back to the cabin to play ping pong and get a little rowdy!!

Another great day on a great trip!!!

I wish that I had pictures of both Paige and Peyton running into the mirrors and falling out in the floor. It may have cracked the mirrors, but it was hilarious to witness. What Paige also doesn't share is that she dropped her camera when she fell, and we realized it right after we left. I got so lost in there while looking at the floors for a camera. She did find it.

At one point when we went back, they also hid from me. Not funny.

After ping pong balls were pouncing over my head in the cabin, I threatened to spank each of them. Peyton was supposed to get one, but the look on her face and the fear of her spanking had me laughing so hard I was crying. Paige did get it with a ping pong paddle. 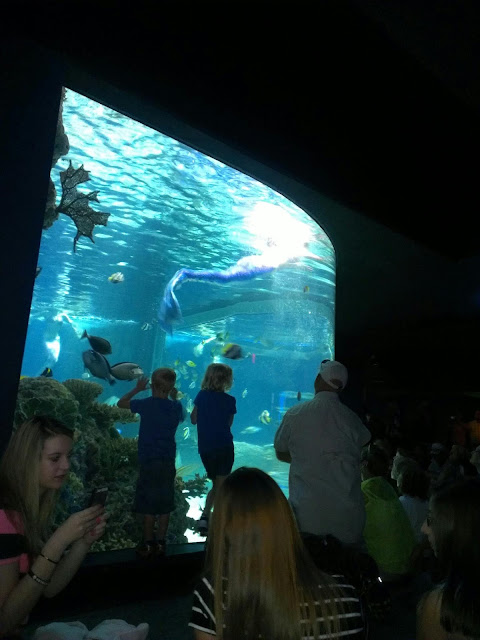