Where oh where is the bear? 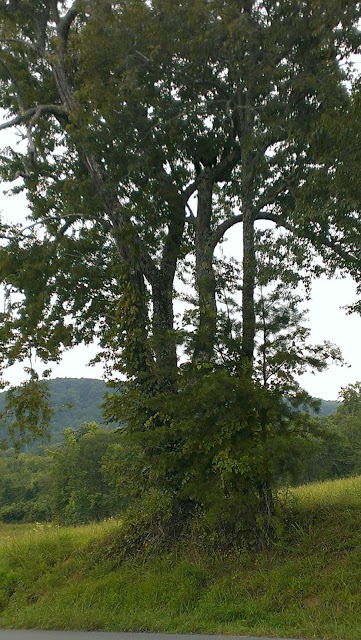 The trip continues... We join Paige already in progress...

Wakey, wakey!! Woke up about 8 o’clock and packed up the cabin and all our stuff. Our morning consists of Krispy Kreme’s Doughnuts, McDonald’s (since Paige doesn’t eat donuts – making it 5 days in a row for pancakes of some sort, I think), the Mill painting shop, more fast and awesome Go-Karts where Peyton did a 360. Went on a hunt for Wear’s monuments, markers and graves (including a trip to the library and cemetery… think episode of Who Do You Think You Are), and to top it all off, the largerest Alpine Slide in the U.S. would be the last thing in Pigeon Forge. A great way to finish!! (Twice!)

Around Cade’s Cove we go. A beautiful view. We saw deer and a bear which was one of the highlights of the day.

Nashville here we come!! Cracker Barrel stop which was sooo good!! Then to Comfort in to relax and chillax after such a busy few days!! 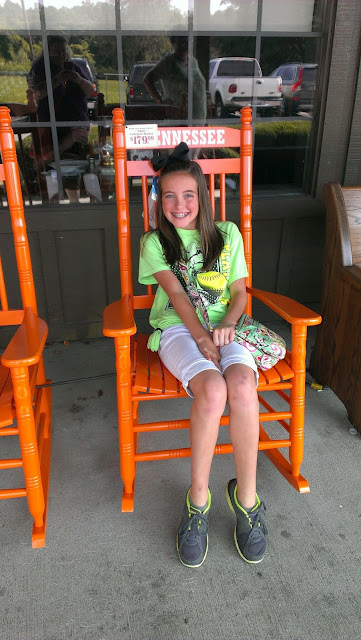 This was the day we hit up some things on Mom’s to do list such as buying a print at a gallery where she previously had gotten one. The Wears were ancestors from on back. I’m not sure if it was the War of 1812 or the Civil War. Maybe both. I zoned out of that part. One of the relatives on Mom’s side was the first white baby born in Indian territory, I think it goes. There was a fort there in Pigeon Forge at one time.

This is the third time my parents have been to the area and my second. The first time Mom and Dad went, they went to Cade’s Cove and did not see a bear. Dad has been disappointed ever since. We wanted to see one near the cabin the last time we went. As we drove through the park, we saw people pulled off in at least two different places where bears had been sited while we were there. Finally, at the third stop, we saw one up a tree eating wild cherries. It’s up in this tree here, but you can’t really see it. I have some better pictures on my camera rather than my phone.

The reason why the title of Paige’s post is in German is that there was a large family of Amish looking for the bear with us. I was trying to explain to her that they also spoke Pennsylvania Dutch which was a variation of German. She did not find the translation for bear in Pennsylvania Dutch.

It was in the low 70s when we got to Nashville, but Peyton just had to get in the pool. I thought the water was very cold when I stuck my foot in.