Did Bathsheba have a #MeToo story? 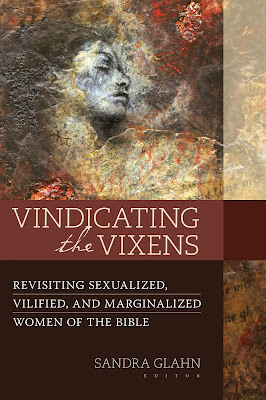 greater understanding of gender in the Bible

Bathsheba, Tamar, Rahab, Hagar, and the Samaritan woman at the well—were they really the bad girls of the Bible or simply women whose situations were greatly misunderstood? In Vindicating the Vixens: Revisiting Sexualized, Vilified, and Marginalized Women of the Bible (Kregel Academic/December 8, 2017/ISBN: 978-0825444135/$22.99), sixteen writers, alongside general editor Sandra Glahn, take a closer look at the stories of these and other prominent women to help readers gain a better understanding of these women’s God-given roles in the biblical narrative.

The church has a long history of viewing notable women of the Bible through a skewed interpretive lens. For example, Eve is best known for causing the fall, Sarah is blamed for tensions in the Middle East, Ruth acted scandalously on the threshing floor, and Mary Magdalene is infamous for a life of prostitution. However, do these common representations accurately reflect what Scripture says about these women of the Bible?

While many studies have been written about the women of the Bible, Vindicating the Vixens takes a different approach. The book has been on the heart and mind of Glahn for more than a decade. “While serving as editor-in-chief of Dallas Theological Seminary’s magazine for seventeen years, I became acquainted with the writing and research of men and women from a cross-section of multiple societies who brought perspectives to some biblical stories that seemed truer to the original than what is typically taught in the West,” she explains. “Then, as I studied history and ancient cultural backgrounds at the doctoral level, I ended up revisiting some of our western-influenced interpretations of circumstances such as marriage practices in the ancient Near East.”

Glahn and the international team of both male and female scholars challenge these superficial treatments and contend we have often missed what biblical authors intended to convey about notable women of Scripture. While the tendency has been to sexualize (as in the case of Bathsheba and Rahab), vilify (like Hagar and Tamar), and marginalize (the Virgin Mary, for example) them, Scripture speaks to God’s concern for their outsider status. The authors contend that by misinterpreting these women’s stories, we also run the risk of adopting a faulty view of God and His mission in the world. The writers hope to help recover God’s heart for the vulnerable, the powerless, and the outsider.

In approaching scripture, the contributors bring six questions to each text:


“This is not some book written by theologically liberal, wannabe scholars attempting to be politically correct or manipulating the text in order to be culturally relevant,” Henry Rouse writes. “The contributors to this book love God’s Word. And we don’t see our task as reinterpreting the text to make it more relevant or more acceptable than it already is—as if that were possible. Our goal is simply to study it and make sure we are being faithful to it.”

Learn more about Vindicating the Vixens at Kregel.com.

“I always love the stories of God’s daughters in the Bible—God’s storybook of the relentless love and pursuit of His people. I especially love when the fuller stories open our eyes to surprising realities. In Vindicating the Vixens, Sandra Glahn has pulled together a treasure trove of those stories, written with careful theology, cultural comprehension, and captivating narrative. I can name a few of my favorites—Eve, Ruth, Deborah, Mary Magdalene—but truly, I loved getting to know every one of these too-often maligned sisters better. And so will you, I’m sure.”
~ Judy Douglass, Writer, Speaker, Encourager, Director of Women’s Resources, Office of the President, Cru

“Vindicating the Vixens is a monumentally important work in that it confronts the prevalent misinterpretations of some of the most critical women in Scripture. The faithful and meticulous research of Dr. Glahn and the contributing authors advances the powerful message of the book—God’s passion for the marginalized, the misunderstood, and the outsider. This book will challenge the way you look at women, both those in the Bible and those you meet every day.”
~ Paul Lanum, Vice President of Publishing, RightNow Media 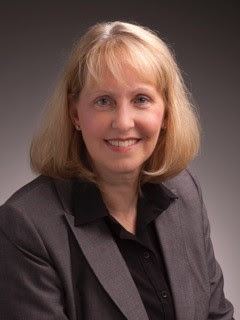 Sandra Glahn, Th.M., PhD, is a professor in Media Arts and Worship at Dallas Theological Seminary (DTS) where she teaches courses on the arts, gender, and human sexuality. She holds a Master of Theology degree from DTS and a Ph.D. in The Humanities—Aesthetic Studies—from the University of Texas at Dallas.

Dr. Glahn is author or coauthor of more than twenty books, including ten Bible studies in the Coffee Cup Bible Study series and both fiction and non-fiction relating to bioethics, sexuality, and reproductive technologies. She served as the general editor of her most recent publication, Vindicating the Vixens: Revisiting Sexualized, Vilified, and Marginalized Women of the Bible (Kregel Academic).

She is a regular blogger at Engage, Bible.org’s site for women in Christian leadership, is the owner of Aspire Productions, and previously served as editor-in-chief for Kindred Spirit.

Dr. Glahn and her husband, Gary, live in the Dallas area.