December 25, 2017
I hope your Christmas has been merry and as eventful or peaceful as you desire it to be.

Mine has been uneventful, relatively peaceful, and I desire to do it differently next year. I have 365 days to make a determination on what that is going to be.

Originally, I was going to make this a short and sweet post, but true to my bad nature, I'm going to come off as ranting. I know I have issues that I need to work on. I have a bad attitude in need of adjusting. I confess. That's the first step, right?

Our festivities were yesterday. After church, Mom and I spent some time in the kitchen. I rotated through cooking those five pans of ribs I posted about on Saturday. It was hassle not worth the time, let me tell you. Way too much food for seven people and trouble keeping or getting it warm by the time we ate since we started them too soon.

Peyton had spent the night with me, so she was over at my parents' with me from lunch on. A little while later Paige arrived, and while we were waiting for Brian, Amanda and her teens (Kristin and Klayton), we got in three hands of 42.

As is always the case with my brother who is too impatient and jittery for words to properly describe, we got to passing out presents and opened them in a whirlwind. I probably wrongly blame him. Maybe it was Peyton who was too over eager. I don't know. They barely walked in and boxes started flying across the room. I do know that for a fact.

Thankfully, I had let Paige and Peyton open part of what I had gotten for them before everyone got there or I wouldn't have seen their reaction or got to explain how they can change up their KEEP Collective bracelets and necklaces.

I really have no idea what anyone got. There's a reason why we used to rotate around the room and open a present at a time. You spend money, then have no idea how anyone actually reacts to what you got them. I got a couple of pictures of most of the group. Two is it.

Then, it was time to finish up the in and out of the oven and microwave to make sure everything was kind of warm to eat.

Paige and Peyton ended up leaving before dinner to join another branch of their family's festivities. I got this one picture before they left. Actually I got two, but Peyton's eyes were shut. 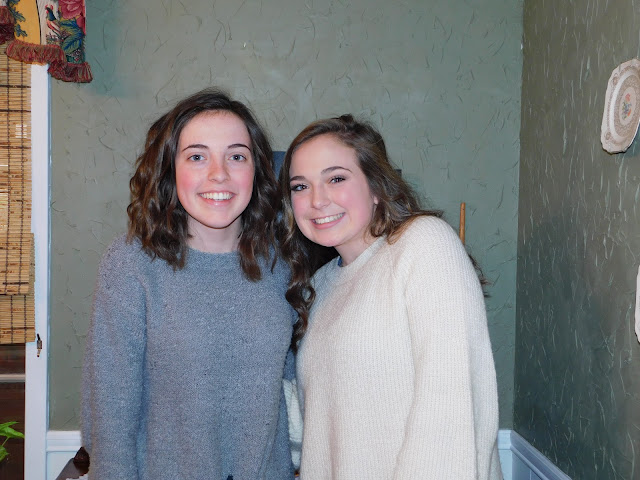 As soon as dinner was over, Brian and crew left because he was sick. So, then it was time to clean up. I abhor sandwiches, but know why we have had them in the past. I may even suggest it next year.

It was too much in too short of a period of time to even enjoy anything about what was going on.

Mom, Dad and I sat down in the living room eventually where I thought I might go stark raving nuts if I had to watch a marathon of American Pickers or Duck Dynasty. Dad wondered off and ended up at the computer playing solitaire. I told him if was doing that, he could play Canasta with me which he claims he hates.

This morning, knowing there was absolutely nothing planned, I slept in, then wandered over to my parents' house by 11. They were trying to figure out the new Keurig. After sitting around a while and scrolling through Facebook, I declared being ready to eat leftovers to have something to do rather than listening to the clock tick. (I was literally bored to tears, but snuck down the hall to the bathroom to try to hide them.) After warming up and cleaning up food again, Dad turned on what was supposed to be a marathon of the best Ranger games from 2017 which had so little to highlight, we could not figure out the significance of the game in question.

He brought up wondering what was going to be on at the movies, but revisit my post from a few days ago. Mom informed me Saturday night she had nightmares about shrinking people from childhood, so that narrowed choices even more. I stated we wouldn't find a movie we would all agree to. We also talked about that yesterday.

Mom had already threatened me not to ask her to go anywhere today.

I came home and took a nap. Then I plugged in my robo vac to charge and put together my new stool for the craft room.

I'm all about a do nothing day from time to time, just not on Christmas Day. I thought it was supposed to be special. I know, special is what you make of it. It's just part of why I have been really having a hard time this holiday season. A really hard time. I'm pretty sure I have mentioned that a lot. It's the most lonely time of the year, and scrolling through Facebook out of boredom is not a cure for all that ails you.

Was it bad experience? No. I know so many people have so many problems. I have a lot to be thankful for. I know I'm the one that needs to change my outlook and quit complaining. I need to work on my expectations.

Maybe my robo vac will be charged here in a little while, and I can set it off over the house. I've been needing to vacuum for two weeks now and haven't had a chance, so it has its work cut out for its maiden voyage. Poor thing. 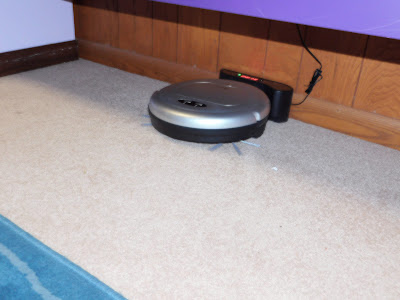 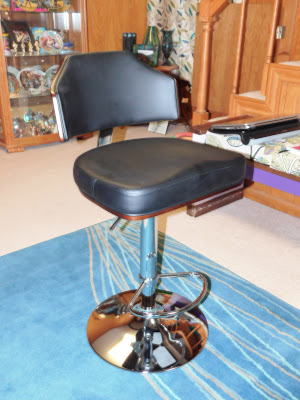