Just in the St. Nick of time

December 21, 2017
Last night, I delivered the messy bun hats my customer probably thought I wasn't going to pull off. I met someone to hand off my last order earlier this afternoon. 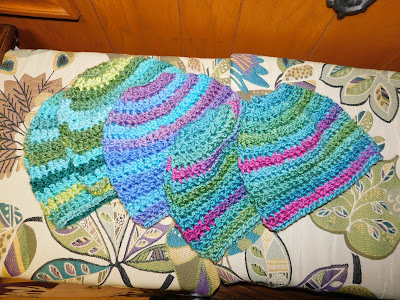 With finishing off this big sign for my uncle and his granddaughter, I am officially caught up on craft projects with four days to spare. I have been known to crochet something until the literal last minute. (One year, I finished the border around a blanket as the recipient arrived in the driveway. Two years ago, my own Christmas stocking was a mere ankle sock.)

However, because of lack of good communication with Dad, I did the sign the wrong direction. It was supposed to be tall, not wide. Didn't realize it until Mom picked it up at my house. I don't plan to re-do it before Christmas because it just can't/won't happen at this point, but I sure hope it works anyway. 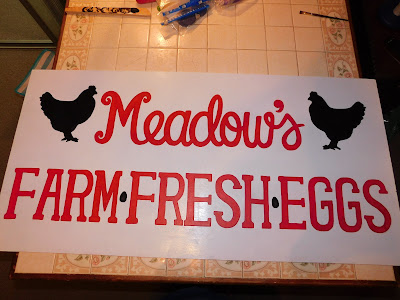