Opening Weekend at the Ballpark

March 31, 2018
We didn't make it to Opening Day this year, but we did catch the Texas Rangers during Opening Weekend.

With all the construction around the ballpark, and the fact it was the opening weekend, Dad was more than a little antsy about leaving plenty early for a 3:05 PM start time. We needed to find a place to park after all. As in, "Let's leave at 10:00 or 10:30."

I get it. Usually Opening Day is a mess. However, not everyone is quite that worried.

We made a stop along the way after leaving around 10:30, and he still was stressing about, "Having enough time..."

Once we got to the stadium we had to stand around in line for about an hour before we could even get in.

Mom brought an almost full can of sunscreen that would not spray out, defeating the purpose of bringing the sunscreen, so my arms matched my red Rangers shirt after the game. You know, we got extra sun time sitting out waiting for the game to start. ;)

Sadly, the Rangers lost to the Astros 9-3. 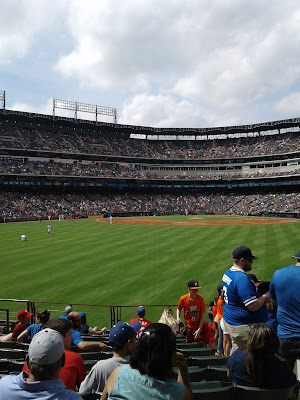 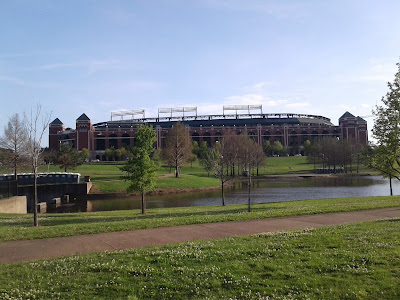 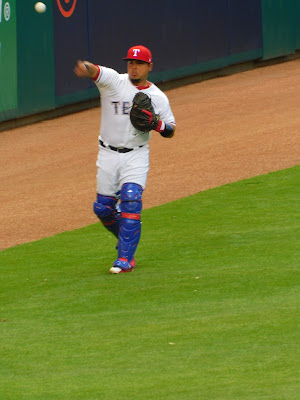 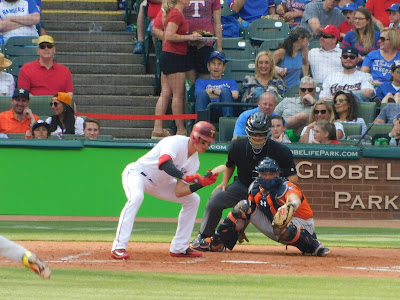 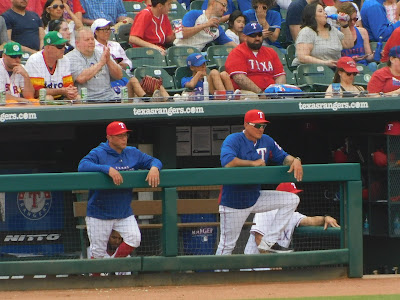