The power of suggestion that is the Facebook memory feed

March 21, 2018
I know I get into ruts and routines. It's really odd  how I get into annual cycles though. Have you noticed how you can look through your Facebook memory feed and some topics will trend around the same time of year? Sometimes they trend because I took lunch to Peyton every year during the book fair (which is the same time every year), and I had a story to share. Other times, it's all coincidence.

For example, I usually get a craving to order a pizza every week around pi day - 3/14. Then, I end up ordering a pizza because it's pie day. I only order a pizza a few times a year, and that happens to be when I want one and comment about it. My life is boring guys, that's why I'm commenting about pizza on Facebook. That is still not a good example. 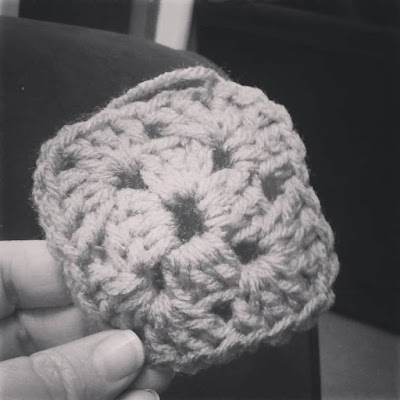 However, I really do have regular deja vu moments when it comes to the feed, but I can't remember other awesome example because the direction of this post was not entirely planned. I'd be a much better blogger and writer in general if I did. I find it really odd though.

Maybe it's because I say the same things far too regularly. That could be it too.

Over the past few weeks, I've been seeing posts of my ugly blanket crochet project. It started once I had some time free up during my last job transition six years ago. It was a symbolic project that I gave away here on the blog.

The timing was completely ironic and thankfully is not an annual occurrence. I'd be a mental case if it were. Anyway, these crocheting pictures in my feed gave me an itch to pick up a hook and work on a project again. In fact, I started two different projects over the weekend that I actually have no intention of finishing anytime soon. I started them because actually I was worked up over something completely unrelated to work (or lack thereof) the other night when I started it and was in desperate need of unwinding. I didn't want to get out the stress relief coloring books.

I did pick it up a time or two since, but I really need to move on out to the craft room to start back on some other things. I've had a hard time motivating myself to do that, but maybe once I get all the books out of the middle of my floor I will be more eager to move to the next project. (That's what I'm calling that area at my mom's suggestion - it's the big pass-through area of my house, but doesn't have a specific purpose. It's the middle of the house. I've had table there in the past, but it's not a dining room.) I've just been emotionally and mentally tired the past couple of weeks. Things are turning around though. I'm going to start a new routine.

How long does anyone think that is going to stick? ;)