Transportation hates me - the rest of the story 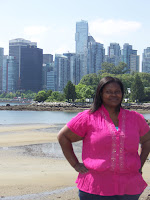 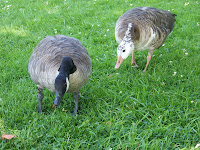 I promise... this is the last of my vacation posts. 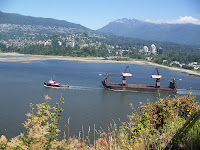 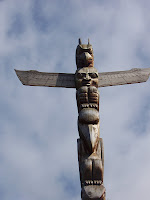 After the last email I sent you, I didn't have internet again for a couple of days. When I got internet back, it was either late or hectic, or I was back on a plane without a good opportunity. Once I got home, I was either catching up on sleep or working. 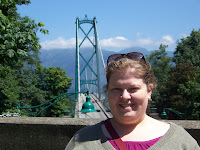 I emailed you about day 5 while I was waiting for my French toast for breakfast. It was pretty good French toast. I know, you can't believe I ate French toast without you. 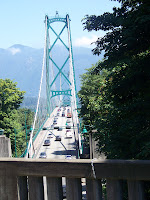 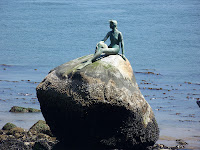 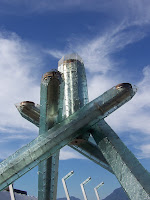 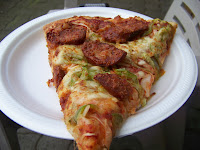 We rode around Stanley Park and got off the trolley a few times and back on. A few times we had to wait for another one to come because we just missed it back at the stop or it was full. One time when we got off, we walked along the sea wall, and got a teenage boy to pick up some purple oyster shells for us. We were up to high, and I don't think Rakia's idea to pick them up with a long stick and a piece of gum was going to work. The teenager was from Switzerland and was hunting for witty bitty tiny crabs. 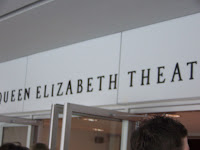 At one stop, the driver was pointing out a hollow tree. She didn't notice the dead rat in it, but I did. We were talking to the shop workers at one stop when a raccoon came out of the bushes.

The trolley driven by Terry, our guide from the day before was full, so we were glad to get the next one. Except that guy was from Honduras or something and had a wicked Spanish accent that was hard to understand. I don't think anyone wanted to listen to him because everyone got off at the next stop.

Then, we took at little bitty ferry boat to Granville Island. They have a market with a lot of fruit and meat like Pike's, but had other food from all over the world. It all looked so good! When we got on the trolley again, that grumpy driver told us we were on the last stop of the day even though the schedules said different. We had to end up taking a cab back to the hotel to change clothes. Going around the park and market, I actually got sunburned.

Then, we went and saw Mary Poppins (at the live theater like Wicked). It was really good although they were a little hard to hear and understand sometimes. We walked back and I got a blister on my heel. I could hardly hobble around our hotel room. 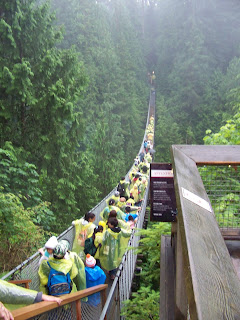 This was the only day it rained on us. We had to get a bus out to this rain forest. We just missed one before we got to the stop. Go figure!

This forest had a really long shaky suspension bridge. We tried to take pictures from the bridge, but decided to hang on for dear life and keep moving instead. Then we climbed up this set of stairs and bridges to go up in these high trees. The trees were really really tall. We could have gone on this other narrow bridge, but I decided I was tired of climbing up and down steps. 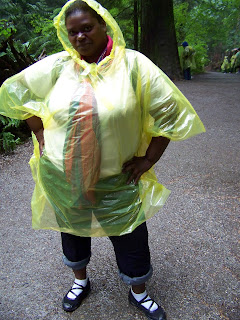 When we went to leave, we just missed the bus - again - so went to eat across the street. Rakia got chicken strips (she sounded like you). I should have because my food was gross.

We took a cab out to the aquarium because we had a couple of hours before we had to get to the station for our train. This aquarium had Balouga whales, dolphins, sea lions, otters and penguins, so that was pretty cool. 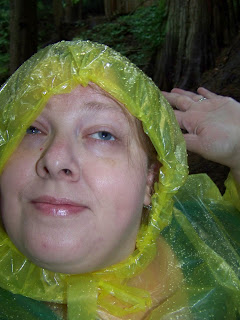 We were getting close on time, so were trying to flag a cab to get back to our hotel to get our luggage. One cab drives right on by, but he ended up coming back. Then, he couldn't figure out how to get back out of the park where the aquarium was.

Once we got our bags, we waved one cab that just drove off. We were walking towards another in the rain, and finally a driver took pity on us. Obviously, no one wanted to take us anywhere. 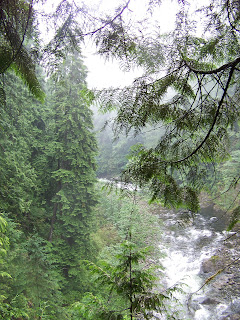 When we got to the train station, I thought we were running way late for what time they wanted us there. Then, we find out that instead of the train, they were loading us up on buses to go back to Seattle. The bus was loud, crowded, hot (as in the heater), was a lot less comfortable, got stuck in traffic, did not have wi-fi, and the guy behind us made friends with the girl he was sitting next to. He was loud, nosy, and would not be quiet. There was also a little girl who would play around in the aisle or scream basically the whole time. Also, if you needed to go to the bathroom, there were no stops (even at customs) and had to go in the tiny restroom on the bus. No thank you. When we got to the US border, we had to unload the whole bus, get our luggage for customs, go thru the lines and get back on.

When we finally got back to Seattle, we had to take the subway train back out to the airport. With all our luggage. When we got back to the airport, we had to decide on a place to stay. The first shuttle we saw was to the original hotel we stayed at and the grumpiest driver they had. We did not want to go back there, but if we had, we would have had to wait forever normally. We called a hotel and waited and waited for their shuttle to come. When it finally came, it was full. We had to wait more, and although it was crowded when we got there, everyone left before we could leave.

Finally, we got to the hotel and got the last room and the guy checking us in was as slow as a snail. 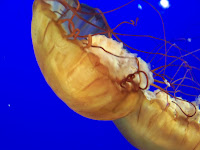 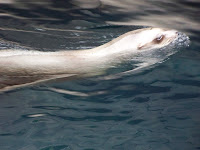 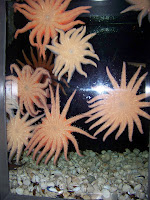 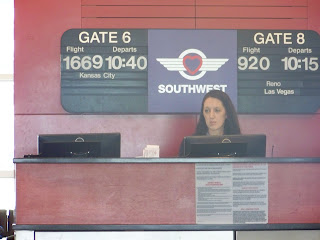 We had much better luck on Saturday. When we got to the airport, they said we had a good chance of getting to Kansas City, then home (except the KC flight was already being delayed). In fact, as soon as we were able to get on the list 2 hours before, they gave us boarding passes. 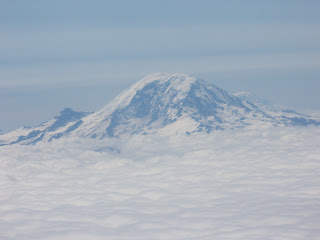 The best part of that flight was being able to see the very tip of Mt. Rainer poking out from the clouds we were flying over.

Why do all my vacations end up in Missouri? I did not want to be that close to Branson. The airport there was dinky. We must have barely made that flight because we were called for boarding passes right as everyone was starting to board.

We both ended up having to get middle seats at the back of the plane. I guess they had to put us on though because our flight had to have been the last or next to last flight coming in for the day. Everything at Love Field was closed. 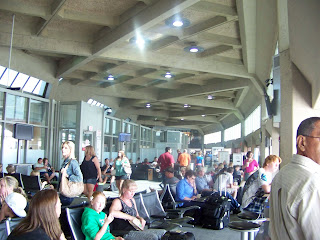 I dropped off Rakia at her brother's apartment to get her car. Then, I headed on home. I actually unpacked when I got home after 9.

Last night, I ended up with a messed head and throat. Rakia had a sore throat today too. I say we got sick from someone on the dumb bus. 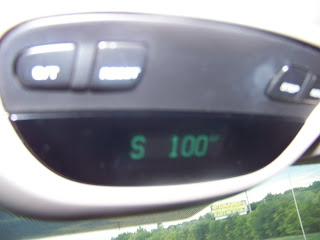 I hope you're having fun at Disney World and rode Splash Mountain and Space Mountain for me today.