Where does love find you?

Romance, Mystery and the Wonder of God’s Creation

Not only is Elena is repulsed by the idea of marrying for money, she quickly grows tired of the extravagant balls and spends most evenings escaping back into Mackinac’s rugged forest. There she meets Chase, a handsome laborer who shares her love for the night sky. The two begin to meet in secret at an abandoned lighthouse where they discover a mysterious tattered diary.

As Elena falls in love with Chase, her mother relentlessly plots to introduce her to Chester Darrington, the island’s most eligible bachelor. While marriage to the elusive millionaire would solve the Bissettes’ financial woes, Elena is torn between duty to her family and true love.

The Love Finds You series from Summerside Press is a collection of novels that captures the flavor of towns and cities across the country with colorful histories. The towns become as much of a part of the stories as the characters themselves. Researching the towns in which her novels are set is the aspect of historical fiction that Dobson enjoys most. In writing Love Finds You in Mackinac Island, Michigan, she was able to explore the island that has intrigued her since her early years growing up in Ohio. “I've always been fascinated by Mackinac Island because I was told time seemed to stand still there,” explains Dobson. “From the moment I got off the boat, I could sense it was a magical place. There are no cars on the island so people ride bikes or horse-drawn carriages through the charming village and back into the forest. The island has been a popular vacation destination on the east coast since 1819, so it’s rich with fascinating history and lore.”

In the midst of writing this book, Dobson went to Haiti to help lead a retreat for the wives of Haitian pastors. Each member of their team spoke on a different name of God, and Dobson spoke about God as Mighty Creator. “As I researched God's passion for creating and the love He has for His creation, it was a joy for me to incorporate the wonder and beauty of the universe into this historical novel. I hope that readers leave with a sense of God's majesty on this beautiful island.”

“Love Finds You in Mackinac Island, Michigan whisks you away to a beautiful time and place, and you'll never want to leave the Island. Author Melanie Dobson weaves genuine characters with unique twists and turns. You won't be able to put this one down.”
~ Nicole M. Miller, Writer & Reviewer 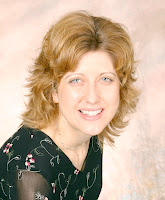 Melanie Dobson has written ten contemporary and historical novels including five releases in Summerside’s Love Finds You series. In 2011, two of her releases won Carol Awards:  Love Finds You in Homestead, Iowa (for historical romance) and The Silent Order (for romantic suspense).

She enjoys the research process that comes along with being an author of historical fiction so much that she often has a difficult time stopping the research on the history and locale in order to start the writing. Because Melanie visits each location she writes about, she’s been able to spend time in the beautiful and fascinating towns across the country that bring her stories to life.

She met her husband, Jon, in Colorado Springs, but since they've been married, the Dobsons have relocated numerous times including stints in Virginia, Tennessee, North Carolina, Colorado, Berlin, and Southern California. Along with their two daughters, Karly and Kiki, they now enjoy their home in the Pacific Northwest. The entire Dobson family loves to travel and hike in both the mountains and along the cliffs above the Pacific.

For more about Melanie Dobson and her books, visit www.melaniedobson.com.