Why Customs Officers do nothing for the Tourism Bureau 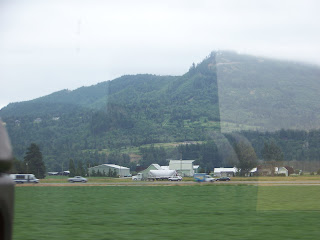 Before I go turn on the TV to watch more of the Olympics I accidentally stumbled upon  online (UGH! AGAIN!), I'll share my next vacation letter. Don't worry! There's only one more after this that covers days 6-8. 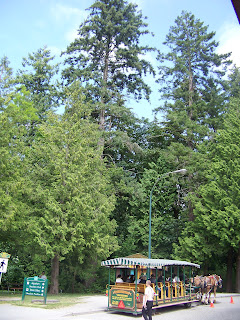 We finally found free wi-fi at the place we are having late breakfast. At least I think it's later... My battery on my watch went out before we left out of Seattle yesterday morning. I spent the day looking at the wrong time.

The train ride up to Vancouver was beautiful! I never thought about dairy farms in the mountains of northern Washington. We saw an eagle flying by too. 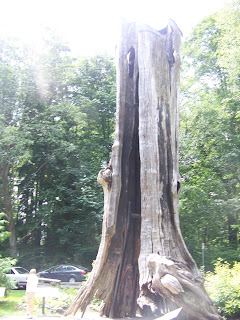 Canadian customs people don't like me or are just snarky in general. What are you doing here for three days without any plans? That sure is a long way to come... Blah, blah, blah. Everyone up here wants to know where in Texas we are from and there have been a lot of people from Texas up here, they have said. 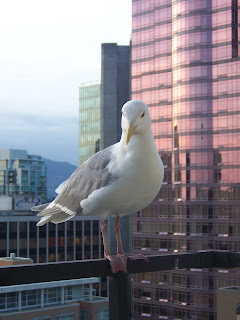 We took a trolley around yesterday since a free shuttle passed us up at the stop twice. The shuttle would take us to do something else Pops would hate.

We ate on the train coming up (early), then didn't eat until after 5, so had what seemed like the best bread ever when we stopped at the Old Spaghetti Factory. Since we got off of the last trolley of the afternoon, we walked and walked and walked back to the hotel.
We've not been doing anything at night since we've not been close to anything, but tonight we are going to Mary Poppins. That should be much more exciting than feeding this seagull up on our balcony.

I'll email you again the next time I get wi-fi.

PS - send me Peyton's number and I will surprise her with a call tomorrow night from the train. 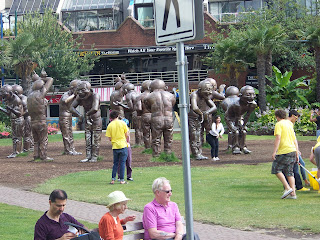 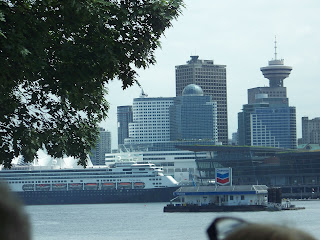 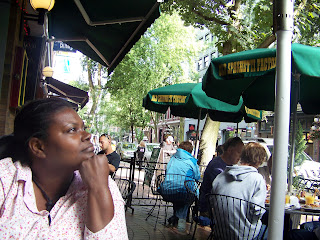