The great backlog of book reviews

February 13, 2012
One thing that I will become better at in the coming days is posting about the books that I have read. I am way, way, way behind on posting on some of my reads. I begged the publisher and got an Advance Reader's Copy of this one, and the publication date was August 2, 2011. Audra's a bad blogger. That's why she doesn't ask for a lot of review copies. She recognizes that she would be getting posting reminders like the ones she sends out on a regular basis. With the changes that I am going to make in the coming weeks, being a better reviewer is going to be one of them. 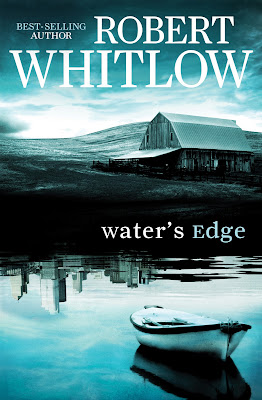 Ambitious young attorney Tom Crane is about to become a partner in a high-profile Atlanta law firm. But first he must clear one final matter from his docket—the closing of his deceased father's law practice in his hometown of Bethel, Georgia. Killed in a mysterious boating accident, John Crane didn't appear to leave his son anything except the hassle of wrapping up loose ends.

But instead of celebrating his promotion, Tom finds himself packing up his office, having suddenly been "consolidated." To add insult to injury, that same night his girlfriend breaks up with him . . . by letter.

Returning to Bethel with no sense of his future and no faith to fall back on, Tom just wants to settle his father's final affairs and get back to Atlanta. But then he runs into an unexpected roadblock—two million dollars of unclaimed money stashed in a secret bank account. And evidence that his father's death may not have been accidental. Worse still, a trail of data suggests his father played a role in an international fraud operation.


Tom follows the money into a tangled web of lies, theft, and betrayal. Along the way, he meets a woman who is as beguiling as she is beautiful. And her interest in the outcome of the case is just as high as his. She challenges Tom's assumptions . . . and his faith. Now he has to decide who he can trust—and how far a father's love can reach.


Here's the thing... I should have posted the review closer to the time that I read the book. My memory isn't that bad. Well, it sort of is. I remember the story, but can't really remember really strongly what I thought about it. I've read every Robert Whitlow book, and there are some that I've enjoyed more than others.

Sidetracked moment... I just realized that reflected in the water is the skyline of Atlanta. Or it's supposed to be Atlanta because of where the story is set. But I've been to Atlanta and it doesn't really look like Atlanta. Never mind. I just never payed attention to the cover close enough to notice.

Water's Edge was a little slow, and I didn't like it as much as the Tides of Truth series because I liked the characters in those books.

The one thing about all Whitlow books is that I'm not really into the charismatic, sometimes prophetic, character in each book. I'm just not so sure about that part. But, if you are into legal thrillers, I do recommend checking out Robert Whitlow.
Robert Whitlow Thomas Nelson Water's Edge